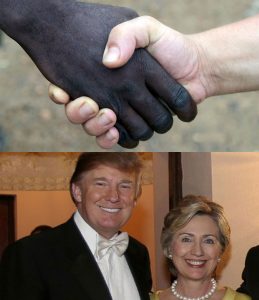 This morning there are many stories in the news about the 5 police officers that were killed in Dallas, TX. This may be the deadliest attack on police since September 11th, 2001. 12 police officers shot, 5 dead.

This isn’t about black or white, which most will take it as regardless of what else is said. This is more about people being human.

There are more factors than people realize when there’s a tense situation. Police (no matter what their skin color) put their lives on the line every day. Everyone seems to be quick to judge when it comes to police actions. “Well, I would have just shot that person in the leg” or “I would have shot the gun out of their hand.” That’s nonsense.

Either way, none of us know what we would have done in situations unless we’re in the exact same situation (which will never happen). Some of us will likely be in similar situations, but never the exact same one.

Police have to make split-second decisions and the consequences could mean life or death for almost anybody involved. Odds are that they’re going to choose to live.

For those that get stopped by cops, it’s usually best to do what the cops say, but also not put yourself in a situation for them to shoot you.

If you show resistance to what the cop tells you to do, you’re going to increase the tension in the situation.

This is going to make everyone more “on edge”, which makes the situation more dangerous for everyone.

Another thing to keep in mind is that if you’re not complying with police requests, it comes across as an act of defiance or you’re trying to hide something. This, again, increases the tension in a situation.

Resistance to police requests can then paint the picture as an “us vs. them” dilemma. This is what it looks like our country has become over the last number of years. 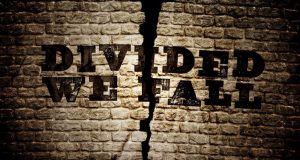 It seems like there’s no middle ground when it comes to anything these days. There are some who are incapable of looking at issues from multiple perspectives. Some of our current dilemmas include:

It’s really easy to take a side and stay closed-minded. It’s hard to look at it from the other perspective.

We have leadership in various positions that take a side on various issues and drive metaphorical wedges between groups of people. This, in turn, creates the “us vs them” mentality again.

That wedge between groups of people divides us. This division sets up a situation where the smallest thing will set off either side of any of the aforementioned issues.

Next thing you know, we’re in another sad situation where more people are killed or harmed due to a lack of understanding and perspective. 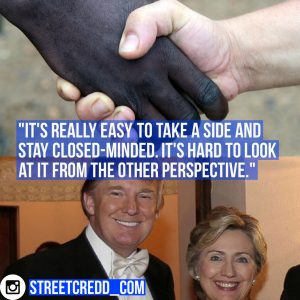 These would be things that are part of the bigger picture. Things that we all have an interest in. Some of these subjects are about humanity as a whole or about our country as a whole:

Hopefully these upcoming Olympics will do something to bring our country together. Hopefully, most are looking forward to the USA winning quite a few medals!

If you have any thoughts or comments on this, please do drop us a line below.